Last night was the annual Grammy Awards.  I watched them from beginning to end and didn't miss a second.

As an indie artist, I've been told by my peers that I'm "not supposed to like" the Grammys. The logic is that the music industry is a money-driven hit machine that promotes only certain musicians' songs and leaves the rest of us behind.

(Which I think is to say: they're jealous).

For the longest time, I felt guilty about how much I enjoyed the whole night.  But I can't help but love it. The performances, the different genres and forms of expression, and the overall recognition artists get for their hard work and sacrifices: I love it more every year.

It dawns on me this morning that I'm very tired of having "guilty pleasures." In fact, I think I've had it with that term. What's the point of enjoying something if I'm also supposed to feel guilty about it?  Besides, having been raised in a Christian church, I already suffer from an overabundance of guilt.  No sense tacking on more of it, just because I like to tune in to a televised award show.

Reader, we don't make the world a better place by feeling bad about ourselves.  We make the world--and ourselves--better by knowing who we are fully and owning what we love. If there's anything holding you back this week, I invite you to join me in letting go of any fear that it's "wrong."  There's just no point to denying ourselves.

With that, I'm off to listen to more of the Grammy nominees and winners while I make dinner for my kids.  See you next Monday. -Em 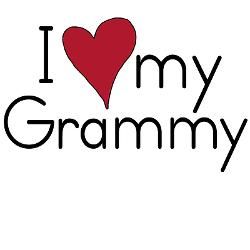