I'm coming up on the 10th anniversary of my dad's death.  It simultaneously feels like it just happened yesterday, and also like it happened 25 years ago.  So much has happened in my life since he died.  Marriage, kids, 10 albums, building and running restaurant.  Extreme joy, depression, hilarity, anxiety, and everything in between.

The night dad died, I made a decision that has haunted me ever since.  I was living in Chicago, and my mom called to tell me that dad had a heart attack, and was being taken to the hospital. I asked her if he was alive.  And she said, "no."  I told her I would meet her at home.  I chose not to see dad's body.  I never saw him again.

I wish I would have gone to the hospital, so I could have had a chance to see him and said goodbye.  But I made a quick choice.  And that was that.

A couple weeks after dad died--still regretting my choice--I felt compelled to have some sort of ritual.  So I dragged the giant 12 foot wooden hutch that I built my parents when I was 17 out into their woods, and I set it on fire.  It felt good to let go of something that I held so dear for so long.  Just to prove how impermanent everything is, how objects are nothing compared to the life within and around them.

And holy hell, does my mom still curse me for burning up her furniture.  Rightfully so.  It was an impulsive and crazy move, as satisfying as it was.

And here I am 10 years later, just as impulsive and crazy.  This past week, I dragged the wooden bar that I made with dad out into the woods, and set it on fire.  It was time.  It was in pretty rough shape.  I had already replaced the wood twice.  But I was holding onto it for posterity because it reminded me of him.  My husband threw on a giant bench that I had an my restaurant for good measure.  It was a giant inferno.

The fire burned my face even from 20 feet away. And it felt just as good as it did almost 10 years ago.

Reader, there's no moral here.  Life is hard.  And sad.  And beautiful.  And sometimes we just have to do what we have to do.  For me, it's apparently burning up furniture in the interest of gaining perspective.  Whatever it is for you, I wish you the ability to do it.

I hope you have a wonderful Thanksgiving.  I'm grateful to you for reading these thoughts, and I'm sending you the best.  I'll see you next Monday. -Em 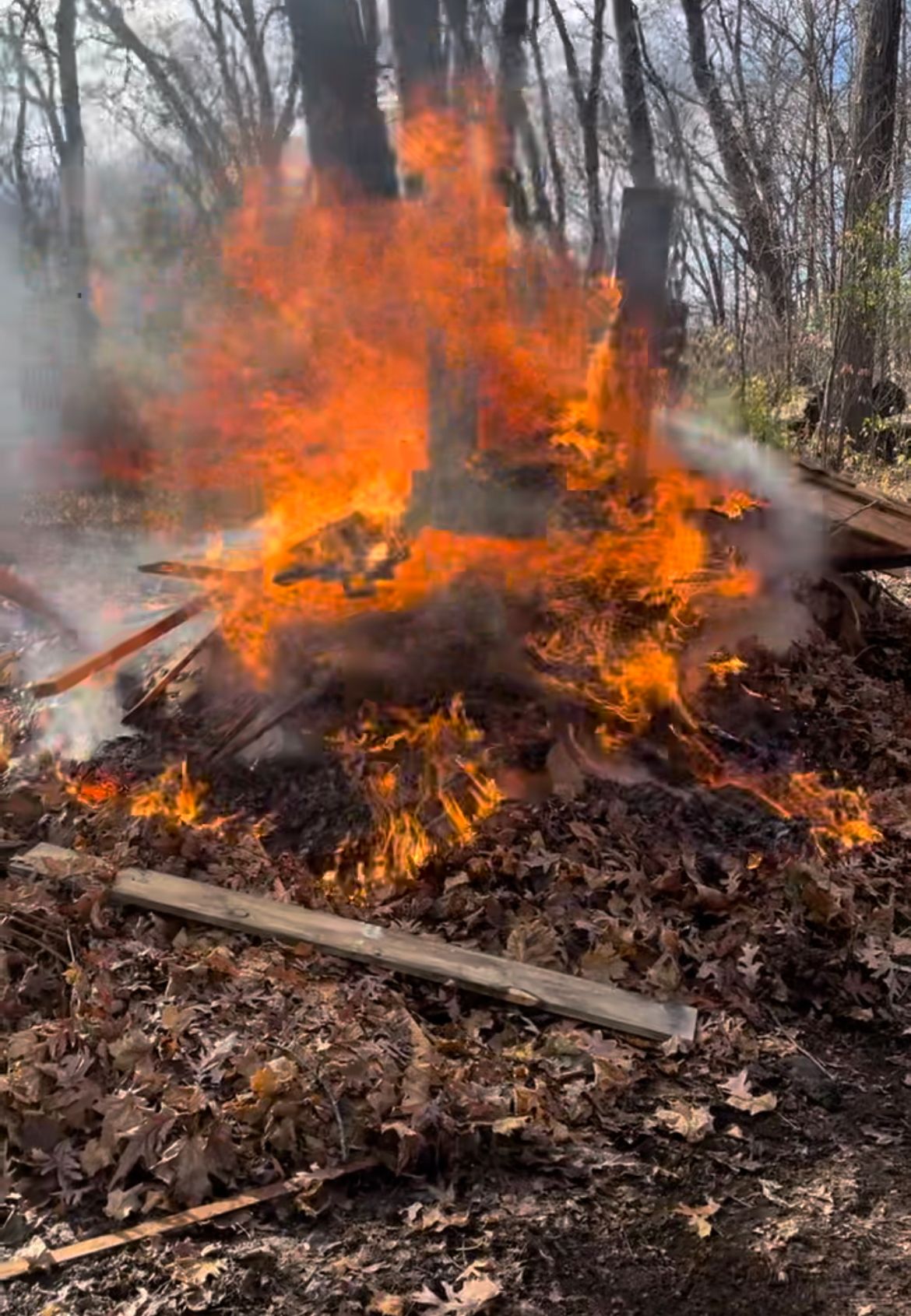